How it all began

Home » About us » History

How did we evolve into who we are today? Our history goes back to 1977, when Arnold van Geenen asked his sons Nico and Gerrit to start a business together. Grinding shop Van Geenen was born.

Starting with virtually nothing, with former café “De Verfpot” (the paint tin) as home base. The family cars had to be sold to be able to invest in tools.

It included long days and tough labour, such as deburring for chrome shops and foundries. This work slowly dried up over the years. The foundries relocated to the Eastern European countries and the margins became thin. By now, Nico had become director owner and steered the business in a new direction. This was a good move, but also a necessary one. The year was 1982 and the old café had just been replaced by a commercial building on the industrial site in Rijssen, before the crisis hit. The business had just invested 240,000 guilders, but there was hardly any work. 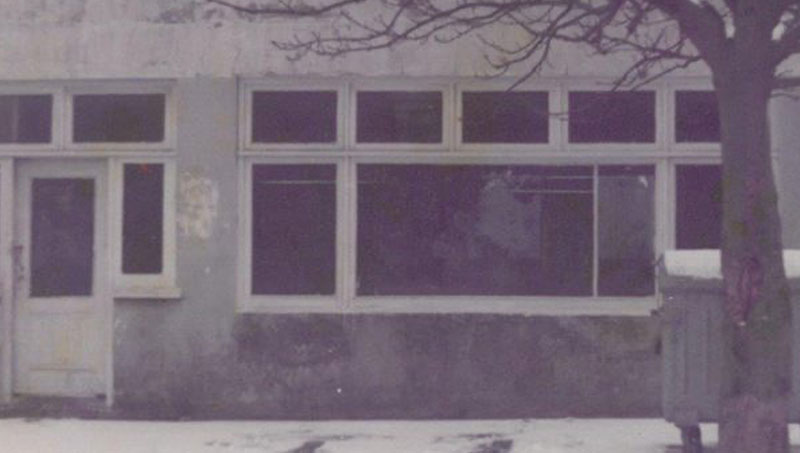 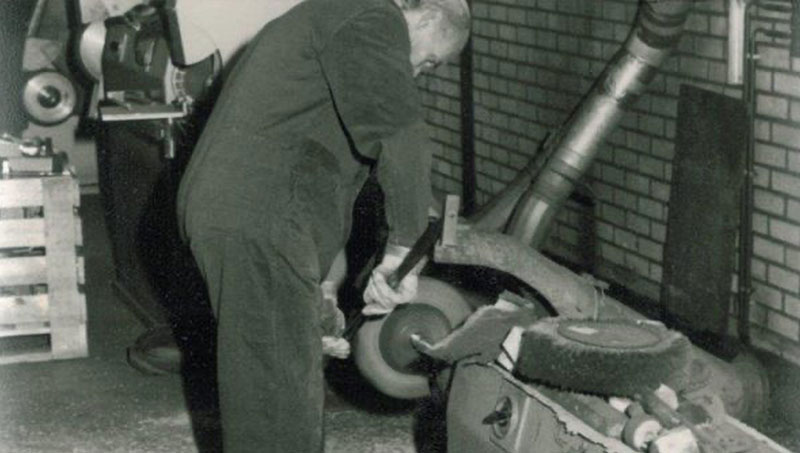 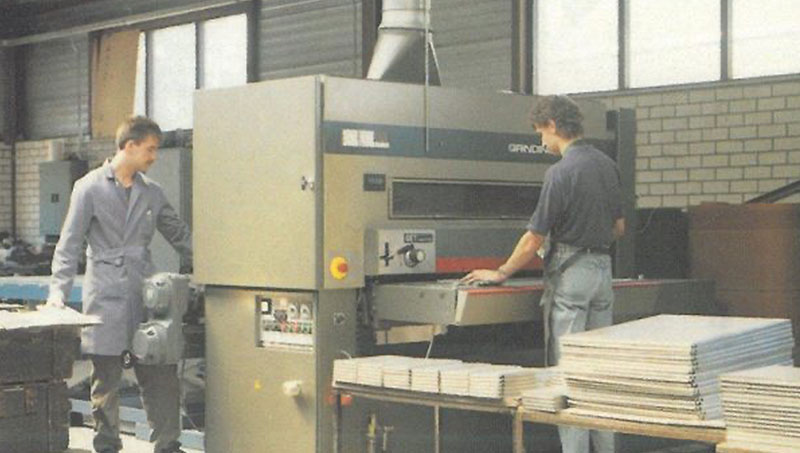 Nico got in his car in search of something else than cast iron. Stainless Steel was going to give the company new life. Stainless Steel was up and coming, nobody had any real experience with it, nor did Van Geenen. But Nico decided to specialise in processing stainless steel. The product stainless steel had only recently been ‘discovered’ and was about to, unknowingly, almost completely supersede chrome processing. At the start, processing stainless steel was a matter of pioneering. Halfway through the ’80s, Van Geenen was one of the few companies in the Netherlands who had specialised in processing stainless steel. The newly set course turned out to be the right one and thanks to the knowledge and expertise that Van Geenen was now quickly gathering, it was able to attract renowned companies from the top industries. This included the manufacturers of tanks and appliances, semiconductor industry, yacht construction, interior construction and more.

Over the years, Van Geenen steadily expanded in size, machines and personnel. In 1995 the decision was made to more than double the surface area of the workplace, resulting in a 2500 square metre building. The manual grinding and polishing that was mainly done before the expansion was replaced by serious steps towards mechanical grinding and polishing. The new factory was filled with (semi) automatic grinding and polishing machines for processing sheet metal, tubes and blades. Van Geenen’s reputation grew in the Netherlands, but also abroad in Germany and Belgium.

How did we evolve into who we are today?

Around 2005, the company invested in a clean room and wrapping of products. Corresponding installations were purchased and the workplace was once again expanded. Especially the high-tech and semiconductor industry requires pristine products. Cleaning the products straight after the mechanical grinding and/or polishing under the same roof is ideal for this industry, which continues to result in a steady flow of work from this sector today.

In 2012, Van Geenen opens its new production hall. By now, Van Geenen has taken big steps in the world of mechanical grinding and polishing. The company has increased to 5000 m2 and invested in top-quality machines. Van Geenen processes tonnes of sheets, tubes and related basic materials on a daily basis.

In addition, the department where it all began continues to flourish, with manual grinding and polishing. With 30 employees, the distribution is almost 50/50. Meanwhile, the third generation Van Geenen members has entered the firm.
Bart van Geenen, Nico’s son, made his entry in 2011. In 2015, he officially replaced his father Nico and took charge of the company as managing director.

At the end of 2019, the small surrounding buildings that were acquired over the years were demolished. The ground was prepared for construction and at the start of 2020, construction company Ter Steege could start building. This year was all about building a new factory, office and canteen. Slowly but surely, as we approached the end of 2020, completion was near and in the first week of January we actually started working in our new set-up. The total surface area had now been expanded to 6000m2, for which we are all thoroughly grateful and modestly proud. 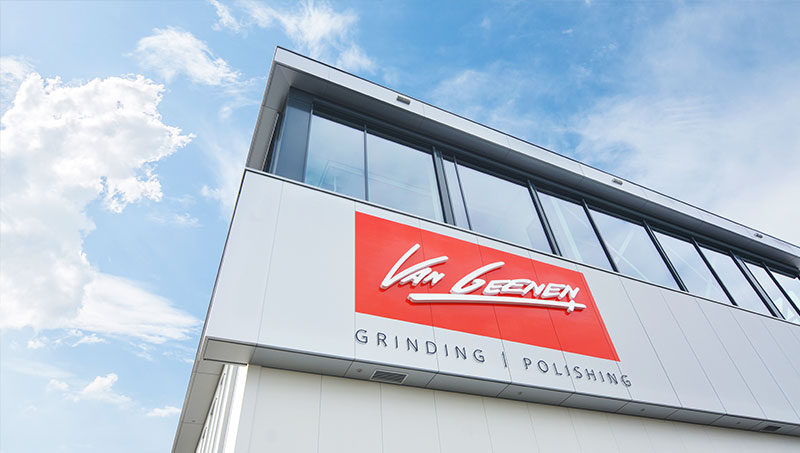 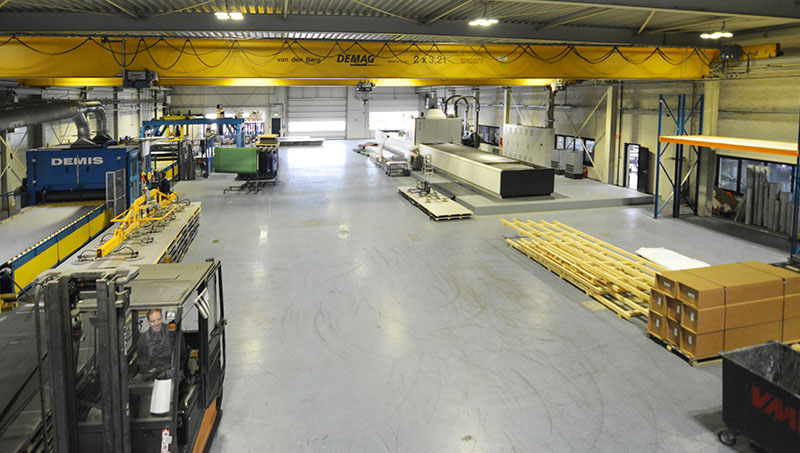 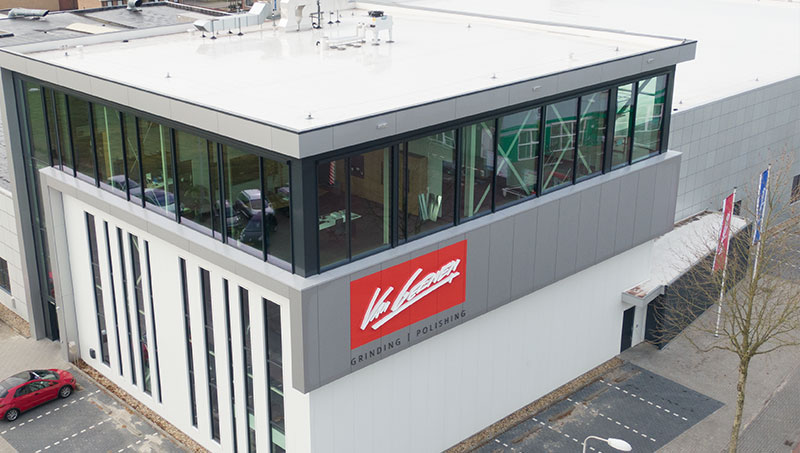 We use cookies to personalize content and ads, to provide social media features and to analyze our website traffic. We also share information about your use of our site with our social media, advertising and analytics partners. These partners may combine this information with other information that you have provided to them or that they have collected based on your use of their services.